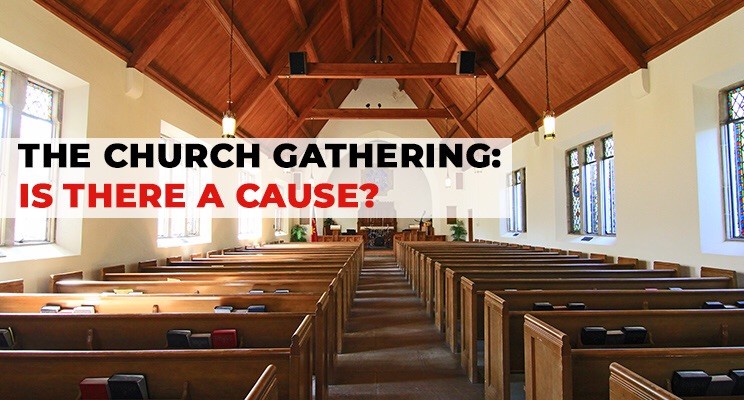 The world is facing a world crisis, known as a pandemic, the spread of the COVID-19 virus. This virus has claimed over 100,000 lives in the U.S. alone. This is one of the deadliest viruses known to this present generation. Due to COVID-19, the world has been shut down, and nations have mandated shelter-in-place and stay-at-home orders worldwide. In order to prevent the total collapse of nations and their economies, businesses, schools, and jobs mandated their employees to work from home. Businesses and organizations, large and small, were categorized by the government as essential or non-essential. The businesses and organizations that were considered essential were allowed to open; however, they had to operate within strict safety guidelines given by the Centers for Disease Control (CDC), including social distancing and the use of hand sanitizer. But those that were non-essential had to close down their businesses until further notice – thus far about 12 weeks.

On the list of non-essentials was the church and other places of worship; the church was seen as a potential hotspot for the spread of the disease due to fear of large, indoor gatherings and close proximity. The government and the scientists determined that the risk factors were too great for churches to gather. There were examples in other countries that suggested that the spread of the virus increased exponentially due to church gatherings. The closing of the physical doors of the church was a very difficult task for some and simply necessary for others. During COVID-19, the church was challenged to gather online in an official capacity and provide Bible studies for their congregants in cyberspace. I must admit – when there was an option given to the church, my congregation and I still gathered physically and had a powerful time in both the AM and PM services until all churches were mandated to close. I had pastors of smaller and medium-sized churches contact me from around the country asking what should they do. I simply told them to comply, based upon Romans 13, since the shutdown was only for a specified timeframe. However, the date kept moving back and back, even until today.

Statistical data suggests that it takes 21 days to develop a habit, which is three weeks. Can you imagine what 12 weeks or more of no physical church gathering can produce? I believe that the church has developed a lifestyle that will prove to be harmful to its perpetuation if we do not gather soon. The purpose of the church gathering is not simply finances or the preacher needing to have his or her ego stroked by the congregates. The church gathers for the cause of corporate worship, which is a biblical mandate that empowers the church community corporately and has individual effects that touch the world.

In our country, the United States, we are experiencing nationwide protests due to blatant injustice caught on video – the murder of an unarmed, handcuffed black man by a police officer. Innocent bystanders crowds begged and pleaded with the accused officer to take his knee off of the man’s neck because he could not breathe but to no avail. With the knee still on his neck, nearly nine minutes later, he expired. We, as a nation, due to cell phones, publicly witnessed the murder of a black man by a white police officer who demonstrated no remorse, no commitment to his oath to protect and serve. He committed cold-blooded murder while three other officers stood by and did nothing to stop him. The man’s name was George Floyd, a 46-year-old father of two, his youngest, a six-year-old girl. However, this murder took place on the heels of another murder by three white vigilantes, who called themselves making a citizen’s arrest but instead cornered, so he could not escape, and shot an unarmed 26-year-old black man to death. This black man was simply jogging but was falsely accused, judged, and sentenced to death on the street. These two modern-day lynchings come on the heels of two incidences where white police officers shot and killed two black women, both in their own homes – gunned down because of mistaken identities. This is what has been happening to black America during COVID-19 aside from the virus.

Now when it comes to the virus, African Americans have died at a greater rate and higher percentage than any other ethnic group. Why is this so? The deaths of blacks have been attributed to comorbidities, the presence of two or three chronic diseases or conditions such as heart disease, obesity, and diabetes. When we study the medical conditions of the black community, we’re looking at the effects of social and economic injustice that has not allowed blacks equal access to the economic, health and medical, political, education, and leadership systems of this nation. The lack of access leads to poor health and economic issues that greatly contribute to the loss of black life due to subpar medical attention and over-population of blacks in the U.S. prison system.

Our country is now protesting against the injustice of George Floyd and the like; it was a bit much for the country to publicly witness the unjust death of a black man by a white police officer. The country has  declared ‘enough is enough.’ This is a national protest, not of black people, but all people who have gathered demanding justice for George Floyd. The Minnesota police officers who murdered Mr. Floyd were terminated immediately but initially were not brought up on any charges. However, due to the protesters’ pressure on the system to charge this man with the public evidence being the videos of the actual murder. Well, a bone was given, and the one officer who had the knee on Mr. Floyd’s neck was indicted with a 3rd degree murder – manslaughter. However, this crime was not a 3rd degree murder, and the protesters didn’t like it; thus, the protest continues. The protesters are not gathering simply because of George Floyd and, they are gathering for a larger cause of a fair and equal justice system that reflects the U.S. Constitution and Bill of Rights. They are demanding that the law is no longer taken in the hands of the police officers and white citizens who become self-proclaimed judge, juries, sentencing the death penalty on the streets of America. While there are a lot of negative and criminal detractors who are looting and burning, this is not at the core of the protest. The core of the protests is a physical demonstrations of frustration and nihilism. I pray that justice is served, and a fair law enforcement system can be developed – that our legal system can reconstructed and reformed, and that the law is applied with no regard to racial bias.

I want you to see what happens when people have a cause! They gather, even at the risk of the spread of COVID-19 because their cause is greater the risk. Thousands of people are gathered all around the country with masks and in extreme close proximity without fear of COVID-19. My point here is that when your cause is greater than your risk, you gather.

I believe this is a wake-up call for the church; it is my opinion that:

For the cause of justice, thousands of people are gathering all around the country, including New York, which just a week ago look like a scene from the movie I Am Legend. By the thousands, people are gathered, sitting side-by side and some with arms locked in Minneapolis, MN; Atlanta, GA; Los Angeles, CA, Detroit, MI, Philadelphia, PA, even Salt Lake City, UT, and other states with little fear of spreading COVID-19 or catching it. The protesters’ cause is greater, it seems than the church.

I want to challenge all the pastors who are hunkering down to rise up for the cause of the gospel of the Kingdom. We must lead the Kingdom movement before the church experiences the fate of Europe, which has become a pagan continent. Christianity, or the Kingdom of God, was not meant to be lived in isolation but in community. The protesters gather for the law (U.S. Constitution), and they are demonstrating the power of mass gathering versus virtual protest. Likewise, I am encouraging pastors and leaders to rise up for our cause, for the Kingdom Constitution and that we do not disappear and our voices are no longer heard.   They are demonstrating the power of mass gathering that brought forth an indictment on the police officer in Minnesota; their cause was greater than their risk.

We must not allow the power of mass gathering to be taken away from the church or we will lose our influence in this ungodly culture that is rapidly headed towards the spirit of agnosticism and atheism. When we don’t publicly gather, we do not publicly speak or have private impact. God works with community – from the temple to the house, the book of Acts declares. The church is the embassy of the Kingdom and must represented, not simply as a virtual entity but a physical presence. The unthinkable can happen during this season if we don’t act with a cause that is greater than the risk of COVID-19. I’m not suggesting that we act irresponsibly in terms of not ensuring that our campuses are safe and sanitary. But it’s time for the church to rise again and not let what was a productive time for the church, a time when we had the opportunity to take advantage of cyber-technology and reach people that would not have been reached,  become a tool of the enemy to close the church. We must continue to utilize technology to offer our congregation’s ministry services but not to replace physical gathering. We must utilize cyber-ministry to reach global markets and allow Millennial visitors to “peep inside” our ministry. Pastors and leaders, it’s time to reopen – there is a cause for church gathering!

HOW IS TUITION ESTIMATED?

ARE THERE ANY ADDITIONAL COSTS?

ARE SCHOLARSHIPS AND FINANCIAL AID AVAILABLE?

*Tuition does not include additional fees or textbooks.